Course: „German Media and their Handling of Global Problems: Excessive Exaggeration vs. Ignorance“

Furthermore, diverse classical and digital media stimulate not only the exchange of information and opinion, but also foster globally mediatized emotional exchange, sometimes by means of exaggeration in a media hype, stressing some issues in an often-one-sided way while neglecting others. What factors play a role in such developments?  How do media set the agenda? What role do political developments and climates play? What role do emotions play and what about stereotypes? 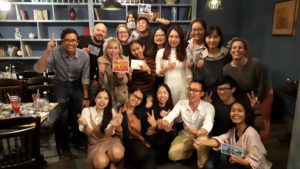 In the first part of the session, the German media landscape and its particularities are discussed. Based on theoretical models and drawing on current case studies, implications of such developments will be elaborated in the second part, highlighting German media and their handling of global problems and examining questions of excessive exaggeration vs. collective ignorance.